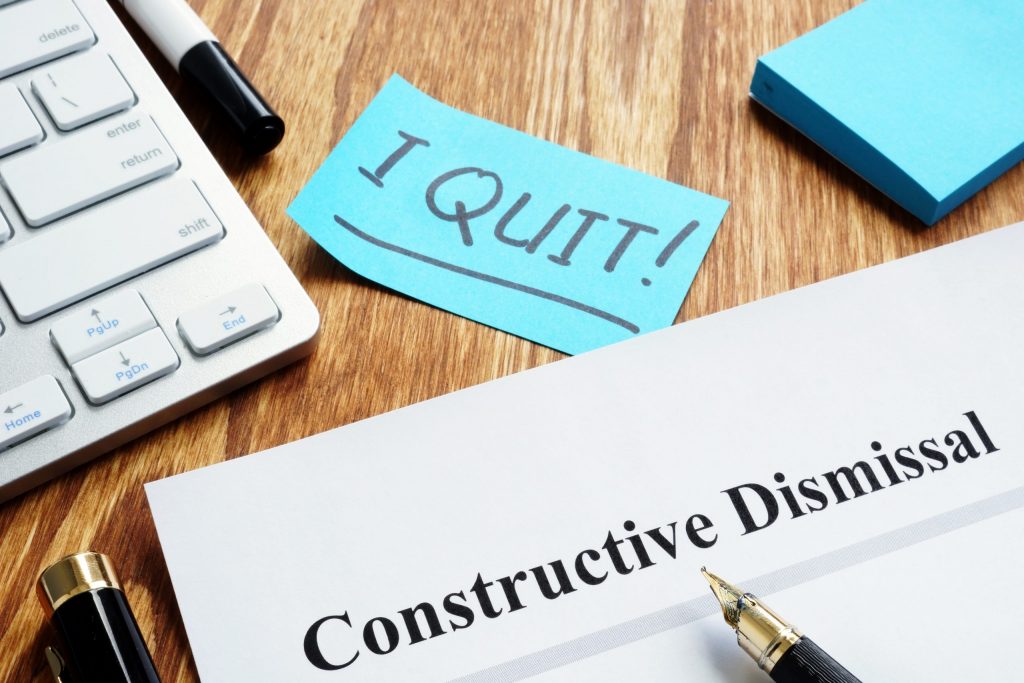 The initial lockdowns of the COVID-19 pandemic came swiftly and left employment lawyers across the province with some tough questions. The sudden closure of businesses meant that countless employees were now out of work – either because their employers commenced virtual operations that required fewer staff, or because their doors were forced to close entirely until it was safe to re-open. Many employers felt that they had no choice but to lay employees off for at least a short time.

Thus when COVID-19 hit, it left the employment law world in a dilemma. Most layoffs from March and April 2020 were conducted with the most well-meaning intentions, as employers hurried to make fast decisions to keep their businesses running day-to-day. Even with the introduction of federal and provincial support for businesses, not all employees were able to continue working. Employees who took legal action against employers as a result of these layoffs not only put the employers in a difficult spot financially, but it also ensured the employees would have no job to return to if they considered themselves to have been let go.

The federal and provincial governments have since stepped in, with the federal government enacting wage subsidies to support employers, and the provincial government introducing the Infectious Disease Emergency Leave (“IDEL”) under the Employment Standards Act, 2000 (“ESA”) and later deeming layoffs and reductions in hours as IDEL to protect jobs in COVID-related absences.

However, the ESA Regulations dealing with deemed IDEL under the ESA specified that those rules did not address constructive dismissal issues at common law (i.e. in a court claim). In fact, in the recent decision Coutinho v. Ocular Health Centre Ltd., 2021 ONSC 3076, the Ontario Superior Court ruled that a COVID-induced layoff can still be considered a constructive dismissal.

Four weeks later, Ms. Coutinho received confirmation in writing from her employer that she was being temporarily laid off, that she could claim EI benefits, and that she would be recalled as soon as possible. After two months of layoff, she became re-employed with the Cambridge doctors at their new clinic with a higher salary than she was earning previously. Prior to her new employment though, Ms. Coutinho filed a claim that she had been constructively dismissed due to her layoff.

The IDEL came in a Regulation that was introduced into the ESA (the law which governs workplace standards throughout most workplaces in Ontario). It allows employees to take an unpaid job-protected leave for reasons related to COVID-19, such as if they are under medical quarantine orders, and also allows employers to temporarily reduce or eliminate the employee’s hours of work for reasons related to COVID-19, without such being considered a layoff under the ESA. The IDEL also states that a temporary reduction or elimination of hours, or a temporary reduction in wages are not a constructive dismissal if they are related to COVID-19.

In its analysis of the case, the Court ruled that as the IDEL is part of the larger ESA, it cannot be interpreted separately from the rest of the ESA. Even though the IDEL was intended for necessary COVID-19 layoffs not to be considered constructive dismissals under the ESA, an earlier section of the ESA confirms that “no civil remedy of an employee against his or her employer is affected by this Act.” In other words, no matter what the goal of the IDEL may have been under ESA, it cannot prevent employees from making a legal claim like Ms. Coutinho’s.

The Court ruled on the constructive dismissal issue, leaving the allegation Ms. Coutinho had falsified records to be decided at a later trial. For her part, Ms. Coutinho had largely mitigated any losses by finding new work, and thus was only owed her minimum ESA entitlements as a result of her termination. The key ruling, though, was that employees laid off as a result of COVID-19 are still entitled to claim constructive dismissal despite changes to the ESA that might suggest the contrary.

This is the first decision in Ontario addressing the interaction between deemed IDEL Regulations under the ESA and the common law of constructive dismissal. Having said this, it is yet to be seen what treatment any appellate courts may give to the issue. While the ruling may come as a shock to employers, it can also be seen as a cautionary tale. A well-drafted employment contract should include a clause permitting employers to temporarily lay off employees without it being considered a constructive dismissal. Without the protections of an up-to-date written contract, employers may find themselves vulnerable to having their temporary COVID-19 layoffs considered a dismissal.

At Pavey Law, we regularly work with employers throughout the Cambridge, Kitchener, and Waterloo areas to make sure that their employment agreements properly protect their business. Even when employers do not have such agreements in place, we work with them to navigate difficult business decisions throughout this pandemic, helping to ensure that their business weathers the storm wherever possible. For employees who have been laid off as a result of the pandemic, we would be pleased to consult with you and assess your situation and possible next steps. Contact us today to learn more about how we can help.