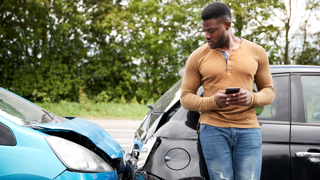 The past two years have taught Ontarians what many industries already knew well – that work does not always happen in a single location. There are numerous industries that have always existed outside the confines of a traditional office environment, including on-site labour such as construction. These industries often require workers to travel to different job sites to perform services.

For employers, the travel element of work is one worth considering, as it can present significant problems if something goes wrong. If an employee is in a car accident on the way to a job site for example, who is responsible for any damage caused? Is the employee themselves exclusively responsible, or does their employer bear any of the burden as well? Does it matter if the employee is driving their own car or one owned by the company? What if the employee stops for a quick coffee break on their way to work?

These questions may seem small, but in the event of an accident en route to a job site, the smallest details can make the biggest difference.

In the case of Dagenais v. Pellerin, Guy Pellerin was an employee of Slavko Concrete Finishing Inc. (“Slavko”) where he worked as a cement finisher in the Ottawa area. Mr. Pellerin was requested by Slavko to attend a job site in Petawawa where he would be needed at noon, after his colleagues had already poured the concrete slab. While the first employees went together, Mr. Pellerin was driving on his own, with his own vehicle, and had the necessary tools with him in his car.

At trial, the court was tasked with untangling the spider’s web of responsibility between Ms. Dagenais, Mr. Pellerin, and Slavko, and who is ultimately responsible for the accident. First, the Court ruled that Mr. Pellerin was acting in the course of his employment when he headed for Petawawa. He was en route to a job site, he had his materials with him, and even though he was not driving a company vehicle he was approved to be taking his own transportation. The Court also looked at previous cases that said that a brief detour, such as his planned coffee break, were still not outside of his employment.

This was ultimately the crux of the legal test of responsibility – if Mr. Pellerin was acting as an employee, then logically Slavko was responsible for his actions. The legal test, known as the Salmond test, says that “employers are vicariously liable for (1) employee acts authorized by the employer; or (2) unauthorized acts so connected with the authorized acts that they may be regarded as modes (albeit improper modes) of doing an authorized act.” The Court looked at alternative reasons and still held that even if Mr. Pellerin’s break was not authorized, then Slavko should still be held responsible.

Slavko appealed the ruling, arguing that the wrong legal tests were applied, and that the compensation should stop with Mr. Pellerin’s insurance. The Court of Appeal disagreed and upheld the original ruling. The coffee stop was a quick detour en route to a job site, and Mr. Pellerin’s intention of going to stretch his legs was found to be authorized by his employer. It was not, as a previous case ruled, a “frolic of his own” where he went off to socialize.

In short, the appeal was dismissed, and the original findings of the employer being liable for their employee’s conduct were upheld. The Court of Appeal even agreed that the lower court’s analysis of an alternative scenario still would find the employer responsible for a portion of the damage.

This case is ultimately a warning for employers that they may not be ‘off the hook’ when employees are seemingly engaging in personal activities. Employers have exposure when their employees are on the road heading to a client or job site so long as their actions are reasonably connected with work (coffee is fine, but frolicking is out). If employees will be using their own cars to travel for work purposes, then employers should insist on employees carrying extended insurance coverage to avoid any additional liability on the company.

Not all employees work in office buildings, and some may now be working more frequently from home.  In such circumstances, employees may be travelling to client or job sites with greater frequency with the use of their own vehicles.  Employers must then be aware that just because the employee is on the road, according to the law they are still very much working, and thus the employer is responsible for their actions.

If you’re looking to update your workplace policies or have questions about your legal liability in various scenarios, we can help. Contact us today to set up a consultation and make sure that your business is properly protected.